On May 20 the Mount Athos Foundation of America initiated an urgent appeal for donations for the Kalyva (a small monastic cell) of the Dormition, a dependency of the Skete of Little St. Anne on Mount Athos, which belongs to the Great Lavra monastery. (See the appeal letter and historical background, below)

On May 1, a huge rock outcropping overhanging the site of the cave church broke away from the mountainside, causing severe damage to the historic Church of the Cave of the Holy Fathers Dionysios the Rhetorician and Mitrophanes, who were the first ascetics in the area of Little St. Anne in the 16th century. Fortunately, there were no injuries, as no one was inside at the time.

Donations will go directly to the Kalyva to cover costs of immediate stabilization of the site followed by repairs of the serious damage suffered by the church. The Mount Athos Foundation of America is a registered 501(c)(3) charitable foundation whose mission is to provide aid to the monasteries of Mount Athos and their dependencies in times of need. 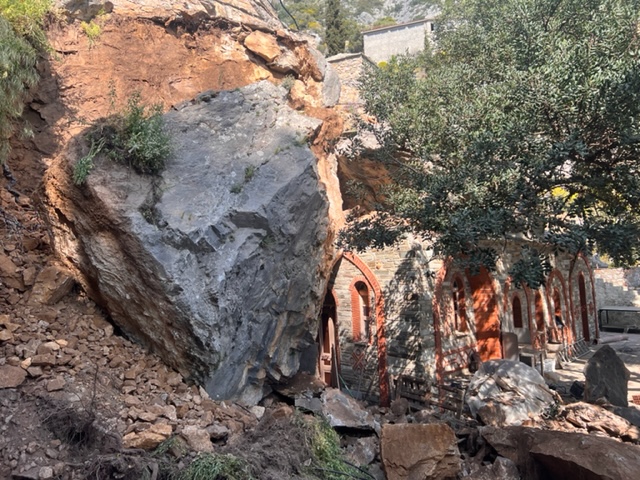 This work had to be started immediately, but neither the Skete nor the Kalyva possesses the requisite funds to cover the cost, which must be paid by the end of each month. Greek government funds are not available for sketes, cells and other dependencies. Funds for these dependencies must be applied for by cumbersome and lengthy application processes that can take over two years. The preliminary and basic estimate of costs provided to us by the Kalyva’s elder, Fr. Efthymios Mikragiannanitis, amounts in total to around 400,000 euros.

Contributions to the Kalyva can be made via check made out to Mount Athos Foundation of America and sent as follows:

or via click on the “DONATE” button below and select the Kalyva of the Dormition Appeal.

Holy Kalyva (hut) of the Dormition of the Virgin
1/14 May 2022Dear Brothers,Christ is Risen!

With pain in my soul I am compelled to address your love and your godly feelings.

Five days ago, at 5:30 pm, a huge rock became detached (from the mountainside)above the Holy Church of the Cave of the Holy Fathers Dionysios the Rhetorician and Mitrophanes, who were the first ascetics in the area of Little St. Anne in the 16th century.

Because words cannot capture the magnitude of the ordeal that our Kalyva is experiencing, I am sending you sample photos.

The cost of repairing this historic cave church but especially the task of support (stabilization) is huge.

From my heart I ask for your sharing – as much as possible – in the restoration of this very important work and I look forward to the practical manifestation of your feelings of love and veneration for these saints.

With feelings of love and appreciation,
The Elder of the Kalyva

The Cave Church of the Holy Fathers Dionysios the Rhetorician and Mitrophanes (canonical commemoration July 9) dates from the 16th century. It marks the site of the first settlement by ascetics of this part of Mount Athos that was later to become the Skete of Little St. Anne. The church facade itself was built in 1956, so is not an ancient monument, and for this reason is probably ineligible for European or Greek government funds. The cave shrine, as the site of this early settlement, is widely revered, and has been an important pilgrimage site and place of sanctuary associated with and maintained by the Kalyva since the 16th century. Mitophanes was one of the many 16th-century Athonite priests who left the Holy Mountain as missionaries in a kind of grassroots resistance movement under the Ottoman occupation to preserve Christianity and the Hellenic Orthodox cultural heritage on the Greek mainland. 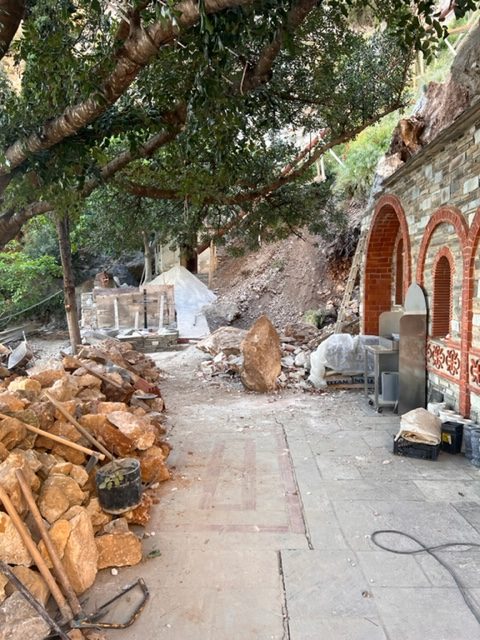 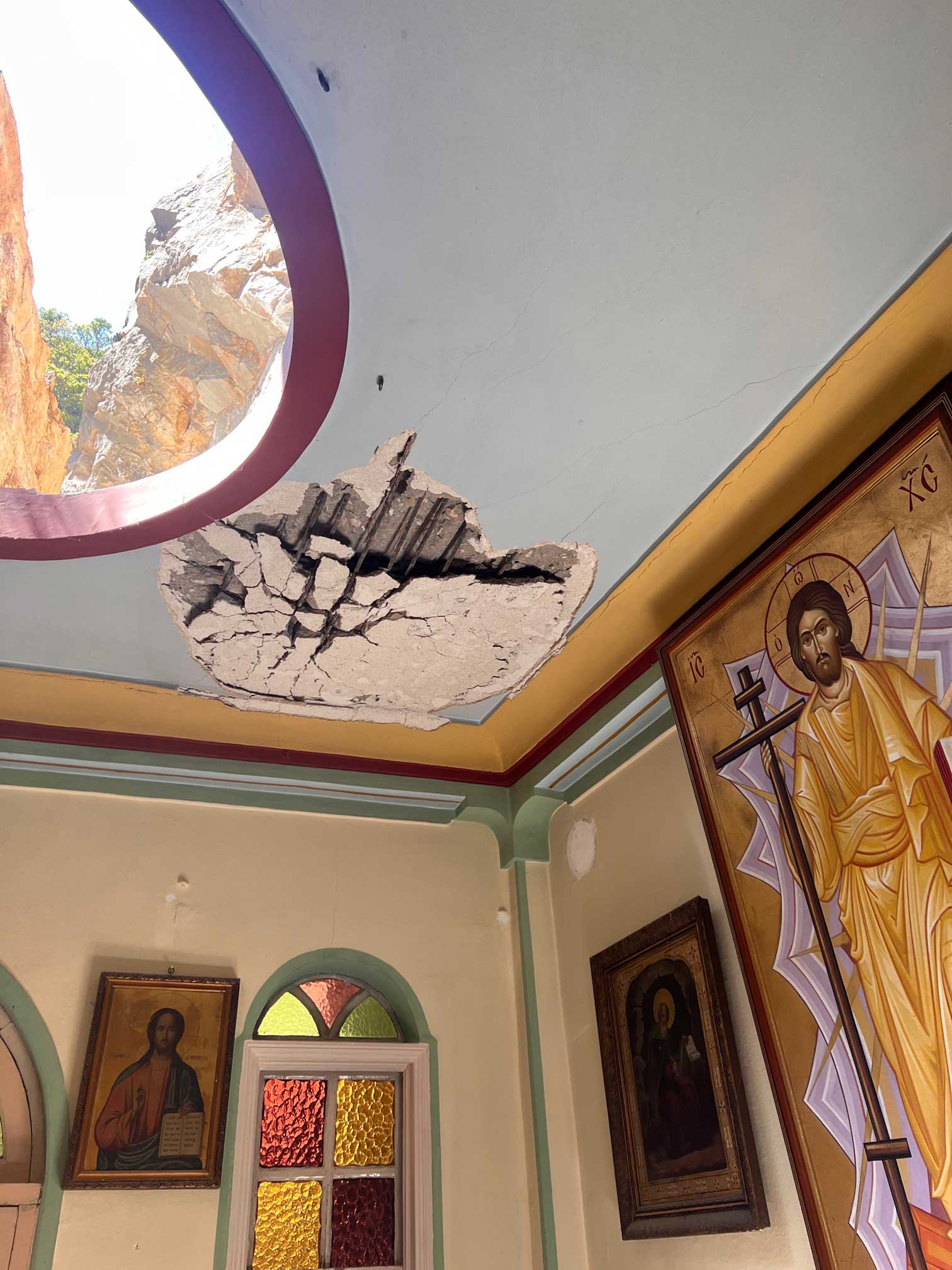 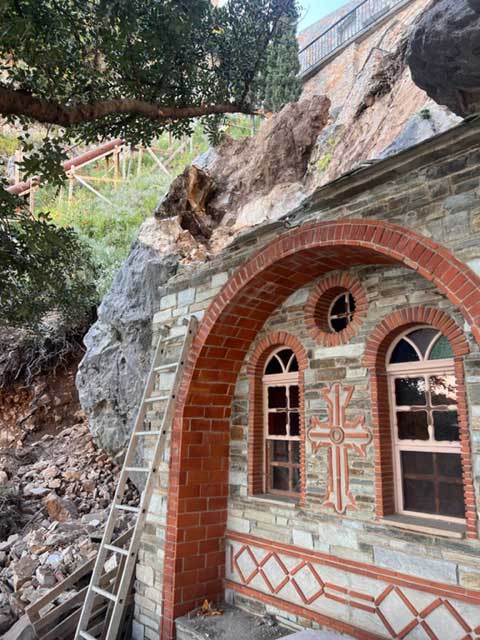 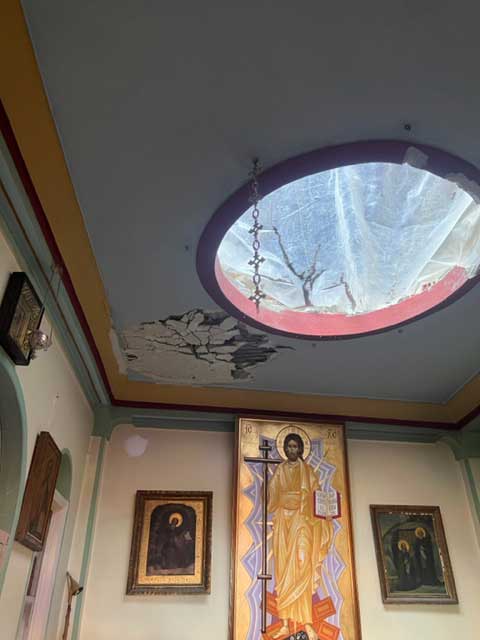 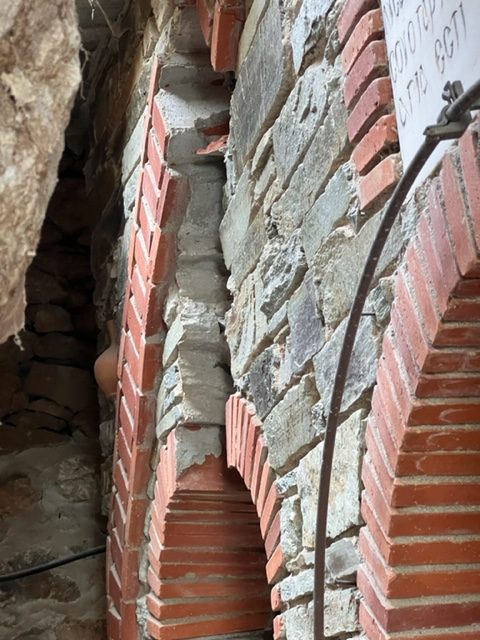 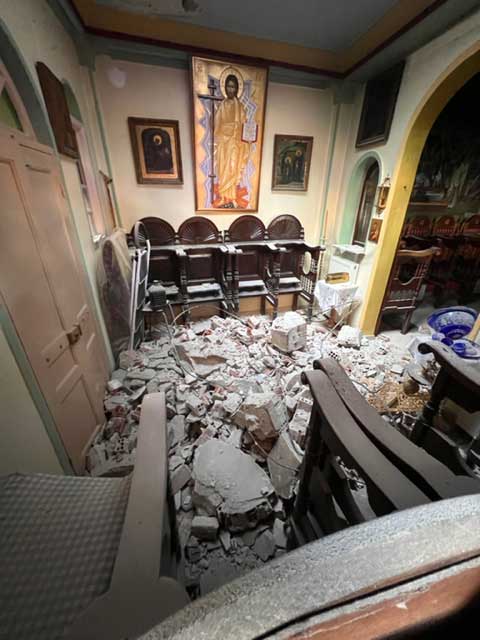 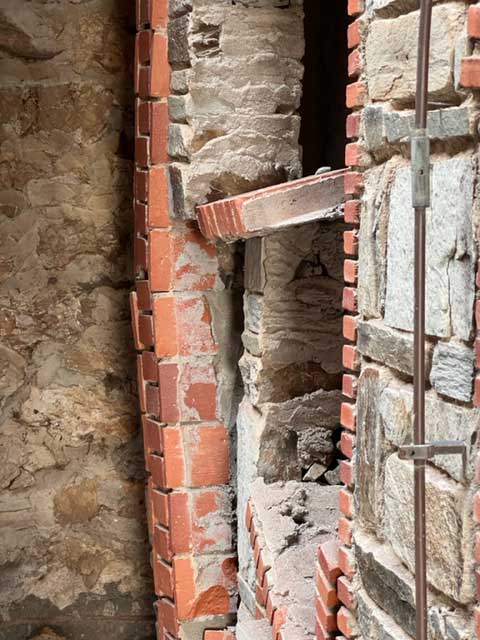 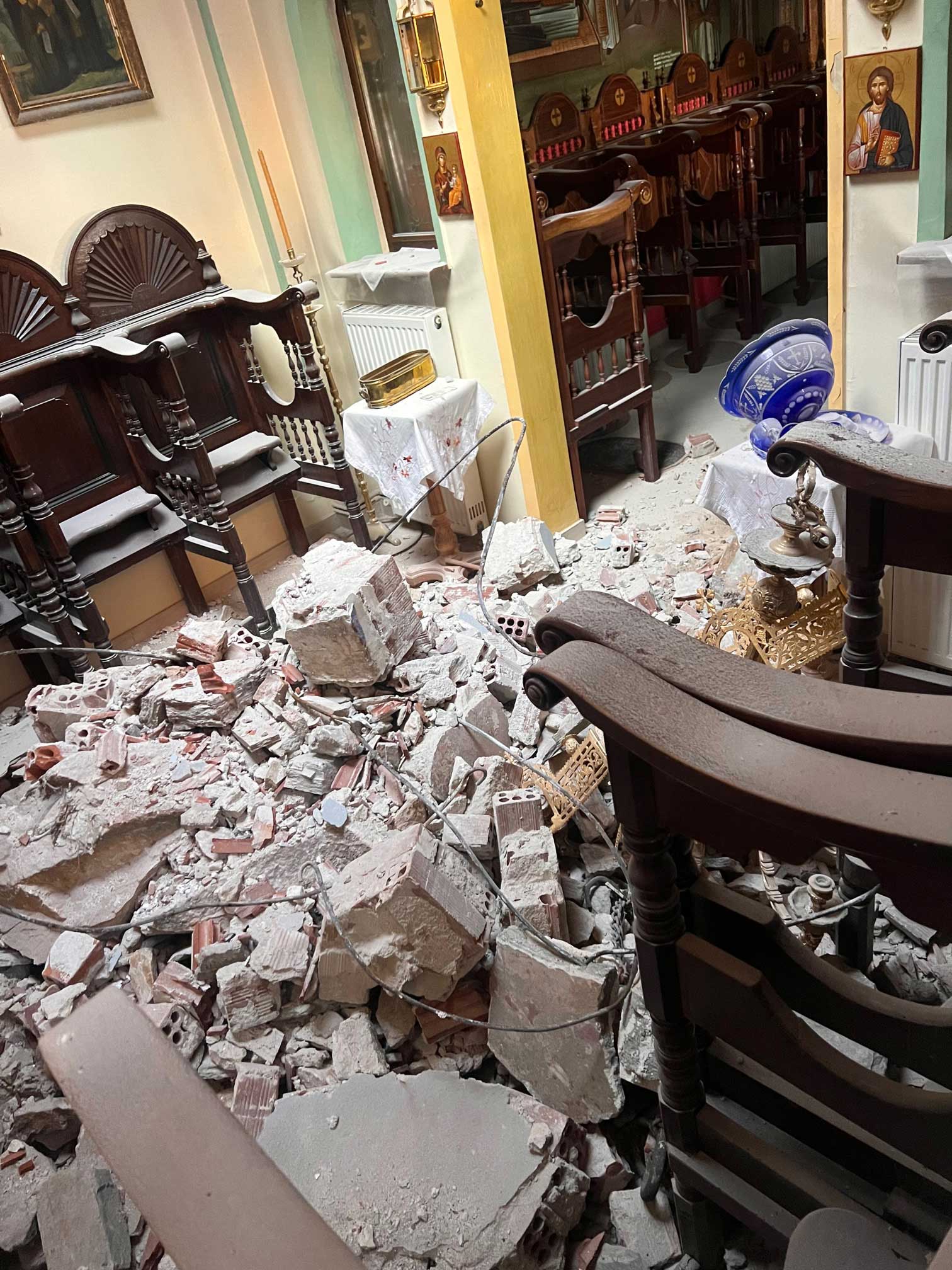